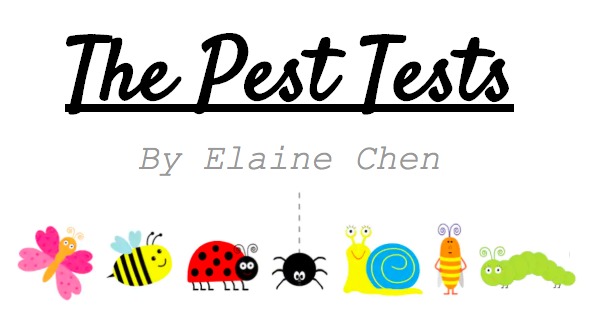 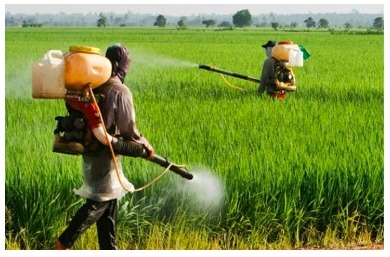 Pesticides have been in use for over 4,500 years with the first recorded application by Sumerians who used sulphur compounds to regulate insects and mites.  Since then, we have come a long way in utilizing different chemicals and compounds to better control pests. Pesticides have contributed tremendously to the world of agriculture. Not only do they help manage the infestation of insects, they also regulate weeds, rodents, disease, bacteria, fungi, and larvae. Although there are many benefits of using pesticides, there are some negative health risks that may come with it.

In developing countries like Nepal, inexpensive and more toxic pesticides are used out of convenience. However, averting proper use and handling of pesticides can lead to more health problems which end up costing more than the amount saved on cheaper brands. Despite knowing the harmful environtmental and health effects of pesticides, the use of these toxic chemicals are not decreasing due to a number of reasons. Some being: 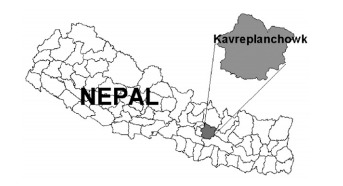 (i) ignorance of sustainability of pesticide use

(ii) lack of alternatives to pesticides

(iii) underestimation of short and long-term costs of pesticide use

A case study done in Nepal's Kavreplanchowk district questioned 434 individuals about their knowledge, attitude, and practices regarding pesticides. Both men and women were interviewed about their knowledge of safety measures to avoid pesticide poisoning, individual smoking and drinking habits,  and their understanding of harmful effects of pesticides on the environment, human health, plant diversity, and livestock. The results of the case study showed a correlation between gender and the decision to use pesticides, use of safety practices, knowledge of dangers of pesticide, and awareness of pesticide labels. This information correlates to the patriarchal society that is prevalent in Nepal. 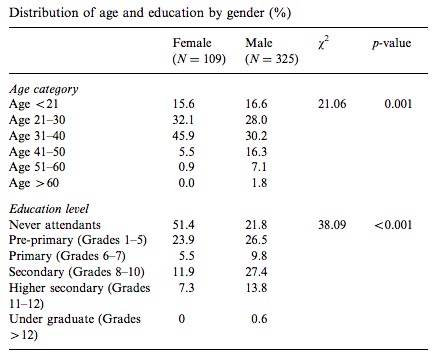 The majority of the participants ranged from the ages 31-40 years old yet more than half of the females and one fifth of the males questioned never received education. Even amongst those who received some form of education, about one half of the women and one third of the men do not make it past the 5th grade. None of the women and less than one percent of the men in this study got up to the undergraduate level. This lack of education plays a big role in the ignorance of safety procedures when handling pesticides.  The table also shows that there are about three times as many male agriculture workers than women. 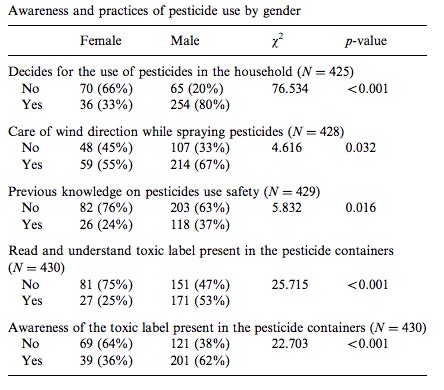 It is not surprising that men have more say one what pesticides to use (if any at all) than women in a household given that Nepal is a patriarchal society. Only a slight majority of farmers knew to take into consideration wind direction when spraying but about 70% did not have previous knowledge on pesticide safety. More men than women were aware of the toxic labels on pesticides and understood them. This has to do with the lower level of education that females receive. 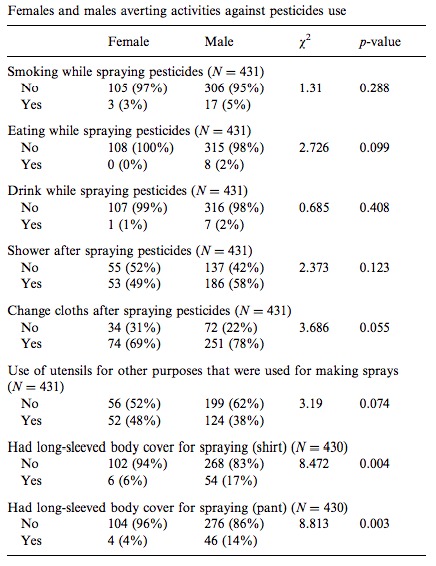 Almost all farmers did not smoke, drink, or eat while spraying pesticides. While these are considered safety practices taught by the IPM,  it is unclear whether they did this because it would be inconvenient or because they knew it would harm them. Very few farmers followed all the safety procedures when spraying pesticides. A slight majority knew to change their clothes and shower after spraying but very few wore long sleeved body covers to protect themselves.

Not only are people uneducated about pesticides, but the options for pesticides in developing countries are limited. Many farmers resort to using cheaper pesticides to try to save a quick buck but don’t realize that the improper use of pesticides can rack up a bigger medical bill which ends up costing more than they think they are saving. There are also very few laws that regulate pesticides so it is easy to sell low quality but cheap pesticides to farmers in need.

The results of the case study showed a correlation between gender and the decision to use pesticides, use of safety practices, knowledge of dangers of pesticide, and awareness of pesticide labels. More women than men were unaware of pesticide labels and did not have the education level to read and understand them. This information correlates to the patriarchal society that is prevalent in Nepal. It was shown that women are more likely to develop health risks than men because their education level is lower and they do not have as much access to classes teaching the safety measures of using pesticides. This poses the question of how gender roles affect pesticide usage.

The main answer to this question is that women do not receive the same education that men do which results in the misuse of pesticides. This gender inequity is prevalent not only in Nepal, but also in China and Mexico. Generally, women also do not have as much of a say in what kinds of pesticides are to be used or how much to use. In developing countries, it is common for people to opt for a cheaper pesticide which is more toxic or ineffective. This leads to higher medical costs and is not worth it in the end but many farmers are uneducated and do not understand the warnings and labels on pesticide containers.

“Pesticide Use and Safety Training in Mexico: The Experience of Frameworkers Employed in North Carolina - ProQuest.” Accessed December 12, 2019. https://search.proquest.com/openview/42853e7b99aca2bd0c85a8ec0101560b/1?casa_token=fZOdgBVLQNAAAAAA:0EFLPT99iG6mOgjPUuONyteaZ-Y_e5-h--tO0hqQZzR1oY-YmXobsdn78bd1ajjKOBvtvi7Ftg&cbl=47564&pq-origsite=gscholar.