Cathrena Collins, "The Legislation of Women" 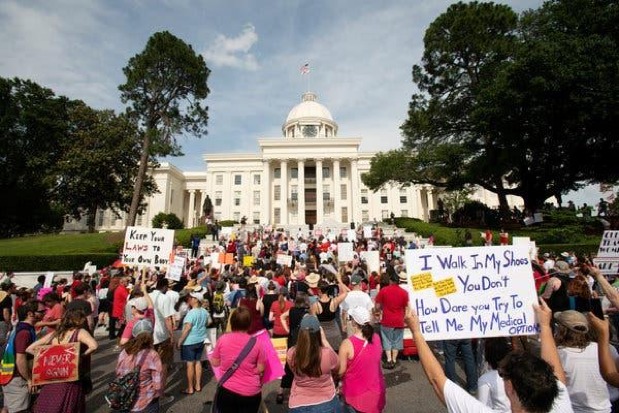 Protestors gather around the Alabma State Capitol during the march for Reproductive Freedom against the passage of Alabama Human Life.

In May of 2019, Alabama passed the Alabama Human Life Protection Act, which outlawed abortions once a fetal heartbeat has been detected. Fetal heartbeats can be detected as early as six weeks into a pregnancy, a point in which many women do not even know they are pregnant, thus this act essentially outlaws abortions. In recent years, a multitude of restrictive abortion legislation has been passed.

With the passage of a multitude of restrictive abortion legislation, comes the inevitable conflict with previous abortion precedent set by the Supreme Court. Moreover, this begs the question, how does this conflict due to varying legislation amongst states and the nation as a whole, affect the enforceability of these laws as well as the varying procedures available to citizens based on where they live. In addition, there is concern regarding the effects of restrictive legislation on an individual level. In other words, how exactly does the legislation have the power to regulate a woman's bodily autonomy? 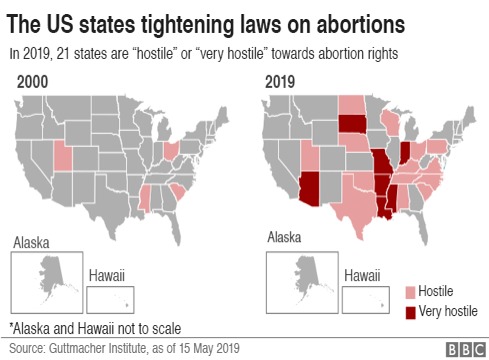 A Map of Restrictive Abortion Laws in the U.S.

A map of the U.S. noting the current most restrictive abortion legislation.

Bodily restrictive laws, specifically those regarding abortion, are not only problematic in that they restrict one’s autonomy but also in that they undermine the federal legislation system. As noted above, Alabama has passed a complete abortion ban, while Oklahoma, Missouri, and Texas all having pending bans. Additionally, Georgia, Kentucky, Louisiana, Missouri, Mississippi and Ohio have all passed fetal heartbeat laws. Fetal heartbeat laws prevent abortions after six to eight weeks of pregnancy, or once a fetal heartbeat has been detected. These laws can all be considered restrictive legislation in that they limit a woman’s ability to exercise her right to have an abortion. 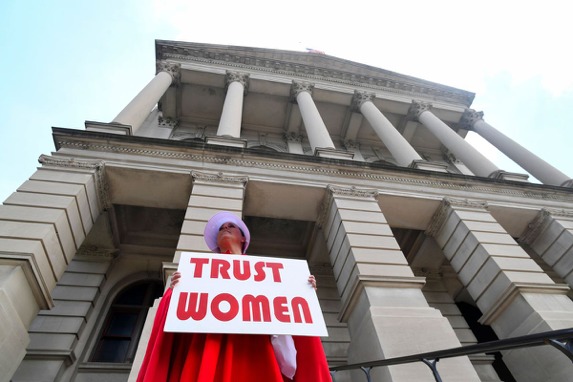 A protestor in the Handmaids Coalition of Georgia is photographed outside the Georgia Capitol in opposition to the state's recently passed restrctive abortion legislation.

Restrictive abortion legislation directly conflicts with the precedent set by Roe v. Wade, which established that all women can freely and legally terminate their pregnancy during the specified time frame. Unfortunately, this ruling does not have the ability to regulate impositions and roadblocks other states may continue to impose to limit one’s access to abortions. This conflict is incredibly hard to resolve as states have the right to create their own rulings if they do not directly contradict the legislation imposed nationally. Often restrictive abortion laws do not directly contradict federal law, rather, they use loopholes to render the federal law ineffective. For example, in 2011, Texas passed a variety of restrictive abortion legislation some of which required women to have a consultation at least twenty-four hours prior to getting an abortion as well as a mandatory ultrasound viewing. Upon the passage of these laws, the number of abortion providers in the state fell from forty-one to nineteen in just three years. Once restrictive legislation pass, many clinics are forced to close ­­­­­as they cannot afford the mandated changes these laws often impose. TARP laws or Targeted Restrictions on Abortion Providers, are a type of restrictive legislation that heavily regulates abortion clinics past the point of patient safety. For example, nine states specify the width of clinic procedure rooms, eight specify the width of corridors, and ten require physicians at the clinic to have admission privileges at the nearby hospital. These restrictions quickly become costly and time consuming to the clinics resulting in closure. As a result of the decrease in abortion clinics, women were forced to drive long distances to clinics and the few clinics which remained experienced an influx of patients. The law which required a consultation prior to performing the abortion as well as clinics becoming inundated with patients led to an increased wait time for many women and in some instances gestation occurred rendering them unable to even have an abortion at all. 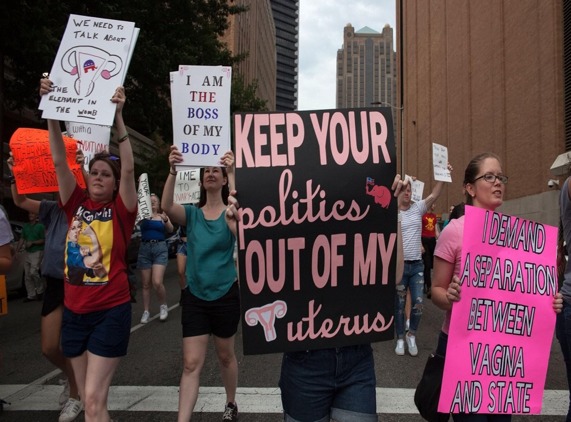 Protestors in Alabama take teh streets to oppose the Human Life Protection Act.

Another type of restrictive abortion legislation is what's known as "test cases." Test cases are designed to face opposition as often times they directly conflict with federal precedent. Thus the goal of "test case" legislation is to be rejected by the local court, in which case it can be appealed to a higher court and ideally reach the Supreme Court. Once the "test case" reaches the Supreme Court it has the opportunity to overturn the previously set precedent which in the case of abortion is Roe v. Wade. As previously mentioned many of the fetal heartbeat laws that have been recently passed were designed as "test cases." For example, North Dakota passed a fetal heartbeat law in 2013, however, before the law took effect the medical director of the sole abortion clinic in North Dakota brought suit against the state government. The medical director argued that this law infringed on a woman's right to have an abortion. Meanwhile, the state asserted that the Supreme Court ruled that abortions ma not be conducted if the fetus is viable outside of the womb and with today's medical in vitro technologies in which an embryo does exist outside of the womb, essentially as soon as conception occurs the fetus is viable and therefore the state is at liberty to ban abortions at any point during the pregnancy. Ultimately, the  district court ruled in favor of the medical director, stating that the state was using a different definition of viability than the Supreme Court and thus the fetal heartbeat law was dismissed. In this instance, due to a proactive lawsuit the law was shut down for the time being, however, it is highly likely that these laws and lawsuits will be appealed over and over until they make their way up to the Supreme Court where it then becomes a true threat to overturning previous legal precedent. This is often the true and dangerous motive behind restrictive abortion legislation. 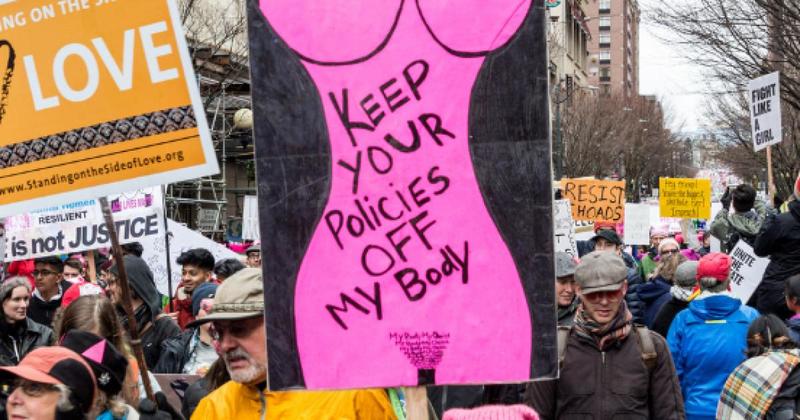 Keep Your Policies Off My Body

The Supreme Court Decision of Roe v. Wade, established the legalization of abortion in 1973. Today, many states seek to overturn that monumental decision with legislation that undermines not only the Supreme Court’s precedent but the female body. An abortion is a medical procedure and a choice, one that should not be taken away or limited by the government, rather one that is individual and deeply personal.