Sarah Wicks, "Gendered Discrimination of those Living with HIV/AIDS in China and the U.S." 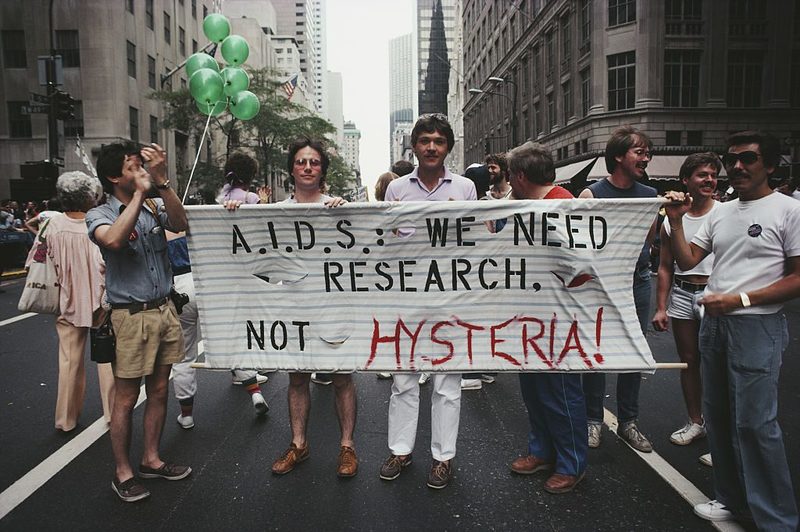 Marchers in the New York City Gay Pride Parade in 1983 raised awareness about more research needed for AIDS. At the time, a hysteria had grown from the disease since people did not know how it was transmitted between people. It was also seen as a "gay plague" at the time. 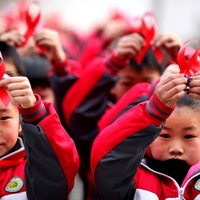 World AIDS Day, December 1st, is recognized around the world in memory of those lost to the disease and to increase awareness of prevention and treatment. 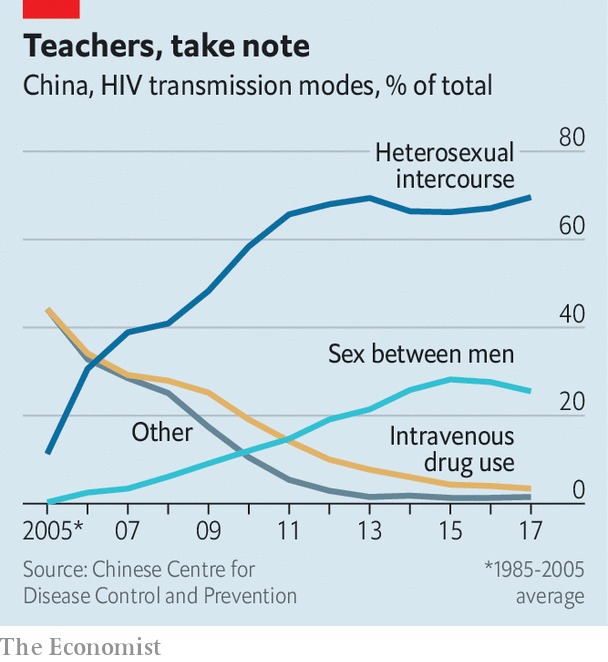 The most common mode of transmission for HIV in China is through heterosexual intercourse. This differs from many other nations, such as the US, where male with male sex is the leading transmission mode. One factor of this may be that homosexual men in China often marry women, therefore infecting them with the virus as well.

Compared to much of the world, China's HIV prevalence rate is extremely low at 0.09%. Though HIV rates in China have been rapidly increasing, it is most likely due to better detection throughout the country. According to GlobalData, Chinese men are 4 times more likely to be diagnosed with HIV than Chinese women. However, women with HIV/AIDS in China overall face more rights violations than their male counterparts. More women than men reported having been forced to take a blood test for HIV during a medical examination or being denied health/life insurance. Many pregnant Chinese women with HIV/AIDS have reported being refused from hospitals due to their HIV status. This is because the risk of the child having HIV is too great that many doctors do not want to be responsible for the child. Thus, women with HIV/AIDS often cannot get proper reproductive healthcare, exposing them to even more health risks. In addition to experiencing high rates of external discrimination, Chinese women with HIV/AIDS are also more likely to experience internalized discrimination. This internal discrimination is often the result of external stigma that makes one think worse about themselves. 47.6% of these women reported internalizing gossip they heard about themselves, while only 34.5% of men reported this. Experiencing internal discrimination is a large factor that leads over 50% of Chinese women with HIV/AIDS to consider suicide after being infected. This wide range of discrimination that these women face poses a serious threat to the health and wellbeing of a group that already is suffering from s potentially deadly disease. 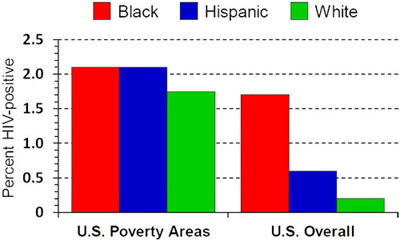 HIV-Positive Rates Based on Race and Poverty Level

Though race plays a role in HIV prevalence rate in the U.S., living in an impoverished area seems to be an even larger determinant of risk of becoming HIV positive.

In the United States, the HIV prevalence rate is 0.34% and women make up about 25% of PLWHA. Compared to white women, women of color are especially at risk for being infected in the U.S. This is because many communities that have high populations of people of color lack resources and suffer from lack of education, economic instability, and domestic abuse. These factors, along with women generally lacking control in sexual relationships, create a "perfect storm" for HIV transmission to thrive. Though the Southern United States is home to only about 37% of the U.S, population, 52% of new AIDS cases are in the South. The high influence of conservatism in the American South places even more stigma on women with HIV/AIDS who may be seen as "morally deviant" either from sexual activity or intravenous drug use. Like China, American women with HIV/AIDS are more likely to experience internal discrimination and stigma, causing their self-worth to be greatly impacted. Since HIV disproportionately affects Black women, Latino women, and low-income women, stigma from racism, sexism, sexual identity, and engagement in sex work converge with HIV-related stigma and can worsen poor health outcomes. Food insecurity among women living with HIV/AIDS in the U.S. is much more prevalent than it is for men because of the extra stigma faced and the greater pressure to prepare food for children and the family. The extreme helplessness these women feel due to food insecurity often leads to depressive symptoms that are amplified by their HIV status. 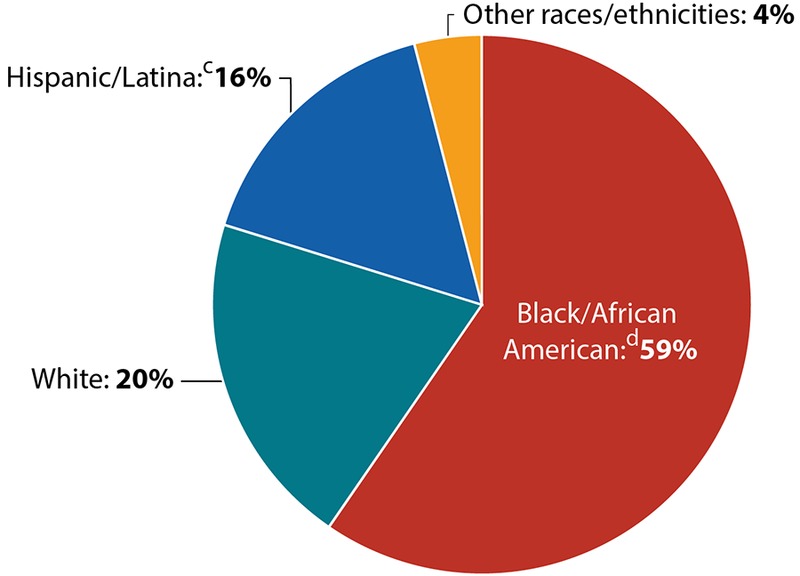 New HIV Diagnoses of Women in the US by Race/Ethnicity

In 2017, only 20% of women who received HIV diagnoses in the U.S. were white, even though 61.2% of the U.S. female population is white.  HIV/AIDS disproportionately affects women of color.

For both the U.S. and China, the greater stigma and discrimination placed on women with HIV/AIDS stems from their sociocultural contexts. Both societies are male-dominated, and social, political, and economic gender inequality are still prevalent today. These disadvantages of women put them at greater risk for intersectional stigma, including stigma based on HIV status. In addition, self-abasement has historically been considered a female virtue in Chinese culture. This societal expectation causes an increased tendency of women blaming themselves for becoming infected, leading to more internalized stigma. Another result of the Chinese patriarchal hierarchy is that women are less likely to receive higher education. Higher education has previously been linked to less internalization of stigma and helping one cope with their HIV status. Without as equal of an opportunity to obtain a higher education, women with HIV/AIDS are more likely to internalize and be affected by stigma. In the U.S., the Christian ideal of being modest and chaste is still very much an expectation that is placed on more women than men, especially in the South. Therefore, getting HIV/AIDS is more stigmatized for a woman who may now be seen as very promiscuous or a drug user. Women with HIV/AIDS in the United States are extremely marginalized already due to many other conditions, and their HIV status adds to the discrimination against them.

“Reported Cases of HIV in China Are Rising Rapidly.” The Economist, January 12, 2019. https://www.economist.com/china/2019/01/12/reported-cases-of-hiv-in-china-are-rising-rapidly.