Case Studies in Indonesia and Nepal

This case study is based in Indonesia and Nepal where people with leprosy are being identified. Leprosy, also known as Hansen's disease, is a rare skin deformity that causes skin sores and nerve damage on arms, legs, and skin areas around the body. This can be very severe if not diagnosed and treated in the early stages. Based in 1990, Indonesia and Nepal were focusing on the treatment of leprosy, however, the reportings of women for leprosy treatment were especially low in the two countries of Indonesia and Nepal, resulting in males having way more reportings than women. For this case study, they collected quantitative and qualitative data. The quantitative research design consisted of an analysis of over 3000 patients. They collected data that included age, type of leprosy, grade of deformity, and what the patients were reporting for and complying with treatment. In addition, they also interviewed these patients asking about knowledge of leprosy such as treatments, cures of leprosy, lifestyle, and families. To analyze the gender disparity, they explored age, marital status, socio-economic status of male and female patients, and relative freedom to make choices.

This is a comparison of male to female ratios of registered leprosy patients from the Gender and Leprosy Case Studies.

The data results in an uneven ratio of having more men seeking help for leprosy. As you can see in Indonesia, 2741 males registered over 1993-1997 more seriously affected than the 1756 females. Furthermore, in Nepal, 234 males were identified with leprosy, while only 145 females were identifies. In these countries women are less likely to seek the help they need for leprosy. According to the chart, there are more men who are registered for leprosy than women. Although leprosy is a minor skin disease, it is common for women to be less registered for diseases due to a considerable amount of underlying factors.

Why are women in these countries not seeking help for leprosy? 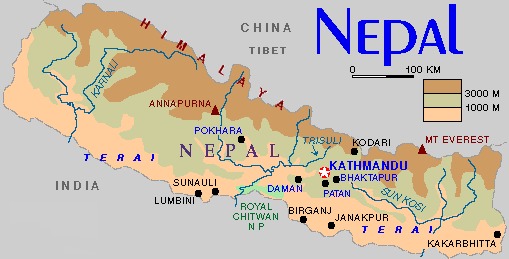 Why aren’t women in these countries seeking the help they need? In countries like Nepal and Indonesia, low economic status is one of the factors that contribute to the low amount of women seeking help. As a woman in a third world country, many are characterized as having a lower social status than men. For example, marrying at a very young age can be a tradition that can inhibit women’s interdependence. Living in countries like Nepal, there is a hierarchical status between men and women that provoke women to behave in a certain manner. For example, after marriage, women live in their husband and in law’s house, which can lead them to rely on their mother-in-law or husband completely. Married women are not able to handle their own funds and money, and therefore will have to ask permission for money from their husband. With the wife living in their husband’s house, this can result in women with less financial freedom. Marrying can result in prioritizing responsibilities differently than men. Women have to ask permission of their mother-in-laws or husband for money and treatment, and this can impede women from reporting their treatment because they don’t want to be a burden. In addition, places like Nepal are third world countries, which means many women are living in poverty. Many women do not have the expenses to handle their treatments for leprosy. 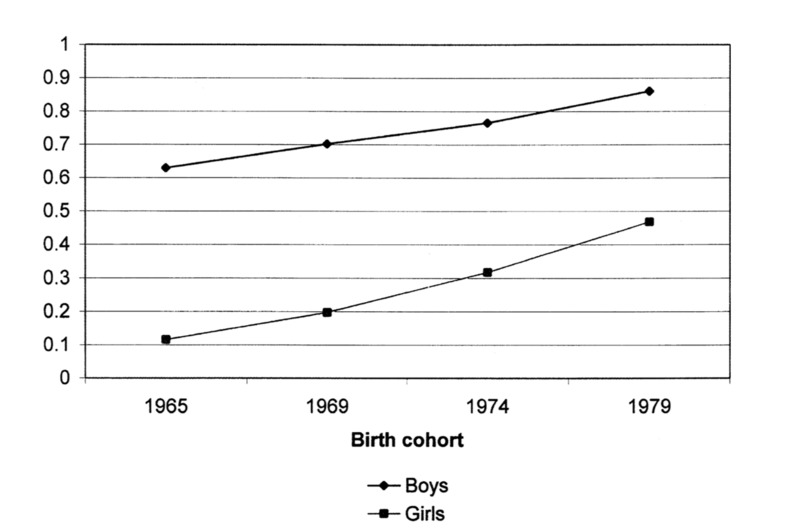 This shows the ratio of boys and girls enrolling in primary school in Nepal from 1965 and 1979 provided by “Who Goes to School? Educational Stratification by Gender, Caste, and Ethnicity in Nepal”.

In addition to socio-economic factors, socio-cultural factors play a big part in women’s lifestyle in these countries. As a young wife in these countries, they ordinarily take on the responsibilities of inside the household. They have responsibilities of keeping the house tidy, cooking every meal, taking care of their children. As this is the main responsibility of young wives, they have low literacy and poor knowledge of diseases such as leprosy since they do not have traditional classes. With their poor knowledge, women might not be aware of symptoms and treatments of leprosy. In cases like these, women lack the knowledge of leprosy and do not know where and when to get help. Clinics are limited in these countries and many are not even aware that clinics exist. As the chart demonstrates, from 1965 and 1979, there is a gap between the proportions of boys and girls enrolled in primary school. Although the rate of girls enrolling are steadily picking up, it is still lagging behind boys.

Furthermore, religious beliefs could also impact the way women think of leprosy. Since leprosy is the deformity of the skin, individuals, especially in Indonesia, women think this is an act of the wrath of God. Women think that committing a sin, angering your father, and acting in taboo can trigger leprosy. Having the ideology that an act against God can make women think that leprosy is incurable with medicine.

The disparity of uneven reporting for women is a serious issue that can be universal to other diseases as well. Because of women’s lack of education and lack of funds, they are unable to accommodate treatment for themselves. Gender stratification in the health field have sprung up immense factors that contribute to this disparity.

Daniel Suryadarma, “From Access to Income: Regional and Ethnic Inequality in Indonesia”, https://books.google.com/books?hl=en&lr=&id=oqR2DAAAQBAJ&oi=fnd&pg=PA103&dq=indonesia+gender+inequality&ots=LZE0PwNDFQ&sig=WpeLcNsUeMSZeNkwQaEeeMzV-50#v=onepage&q=indonesia%20gender%20inequality&f=false

Mark Mitt, “Estimating the IntraHousehold Incidence of Illness: Child Health and Gender Inequality in the Allocation of Time” https://www.jstor.org/stable/2527025?casa_token=02p10gH2HywAAAAA:Ibs-AuMmzN4XrLTFuUPODCkSV2P4rTOIdoKj1WBXxMRtIY5wukmblaYmCk6_0xvkemc7q1LfKOeJQpyaZgw5AoIjPulESfHg8knFHdbw10Gq1Lfi780u&seq=1#metadata_info_tab_contents

Sharon Stash, “Who Goes to School? Educational Stratification by Gender, Caste, and Ethnicity in Nepal”, The University of Chicago Press Journals, https://www.journals.uchicago.edu/doi/pdfplus/10.1086/447676