Samantha Chin, "The Unjust Treatment of Women in Camptowns" 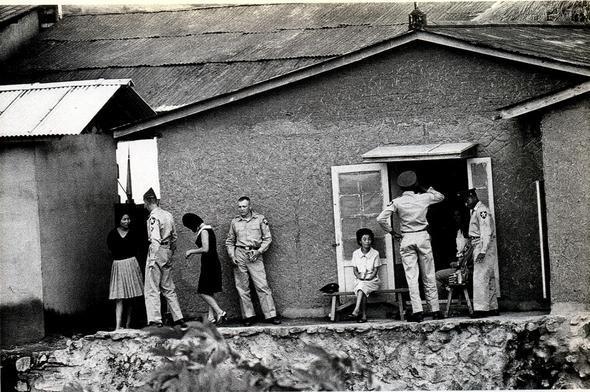 During the beginning of 1945, and during US occupation of military camps in South Korea, the Republic of Korea played an active role in permitting the prostitution of women to US soldiers. These South Korean sex workers who were often impoverished and deemed a low social status occupied camptowns. Camptowns, also known as kijich'ons, were temporary US military camps in which bars and clubs were developed around so that sex workers could provide sexual services to soldiers. The women here, impoverished, often made these camptowns their permanent residence and were forced, sometimes violently, to provide sexual services. Furthermore, isolated so that they'd provide sexual service exclusively to US soldiers, this also allowed a strong control of these women by the Korean government. These acts of permittance by the Korean government was a way to help diminish the spread of sexual diseases onto US troops.  Alongside this, unfair acts of preventative measure were forced onto these women, such as forced STD screening, forced STD treatment, and forced isolation if found to be carrying an STD, were all permitted within the South Korean governments knowledge. Unfair treatment of these sex workers also came under the derogatory names they were given such as: western princess, western whore, foreigners whore, and juicy girl.

With the physical and mental tolls being imposed onto these women and the conditions undergone in camptowns being so unjust, many women tried to leave but were met with much resistance by the Korean Republic who saw these women as the bottom of the social hierarchy. Only finally looking at these women as useful once they sold themselves for foreign revenue, were they considered any value to the country and praised. Forced to stay in these camptowns, women such as, Yun Kŭmi, often resorted to extreme measures to get through the day such as taking drugs or drinking excessively to numb the pain of having to satisfy multiple soldiers daily (Kim 24). 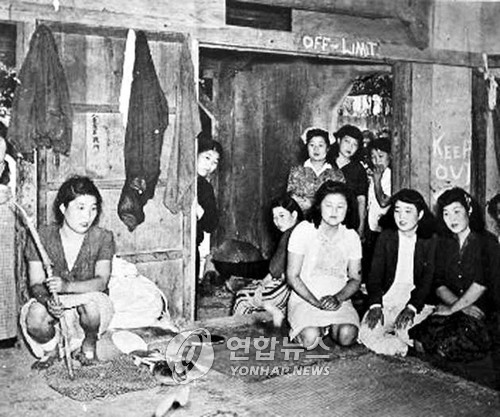 During the introduction of camptowns in South Korea, another important historical event had just occured, the Korean War. This war had left devastating detriments onto the Korean economy and the Korean people with "roughly $3 billion in property damage; massive destruction of infrastructure, including industrial factories and equipment; extreme privation; and more than 4 million Korean casualties, as well as leaving approximately 30,000 widows" (N. Lee).

Therefore, for the community of now impoverish and grieving people, prostitution just became a means of survival. To the public that turned their heads away from the looked down upon prostitution that was happening, they even started to use the term "comfort women" to hid from disgrace of having to resort to this line of work, by describing what was happening in these camptowns with US soldiers as something different than regular prostitution. Alongside this, news and media would often purposely not publizice the attrocious behavior happening in camptowns such as violence against sex workers and residences in order to further hide from shame.

The Korean government at the time had a similar outlook as the community on the issue of so many women resorting to sex work, and in fact played a role in influencing the community's opinion on the matter. The government, although viewing these camptown sex workers as the lowest in the social hierarchy, did acknowledge that with their services they were providing a great benefit to the nation in terms of the economy and global relations. Therefore, the government made "an official policy of heralding military sex workers as patriots," which helped the community also become more accepting of the sex workers (Hong 55). Overall, viewing sex work as a "necessary evil," the government turned a blind eye to the values the country had previously instilled by having prostitution be illegal yet letting it occur in camptowns. This, as previously mentioned, was to rebuild the South Korean economy after the Korean war, and to provide so many widows who had lost their husbands, and therefore source of income, a means to survive. And this "necessary evil," did end up being very productive to the Korean economy and the redevelopment of the Korean State, with "camptown clubs catering exclusively to American soldiers officially [earning] $9,733,000, equal to approximately 10% of total exports" (N. Lee). Furthermore, contributing "to 25% of South Korea’s GNP in the 1960s; the roughly 46,000 Korean workers in camptowns earned $70 million in 1969 alone" (N. Lee). Alongside the efforts to rebuild their nation after economic torment, the Korean government also condoned the sexual services being provided in camptowns in order to strengthen and maintain foriegn relation with the US. This is because to a recuperating nation, already under economic stress from the Korean War, a threat to national security was of priority. Furthermore, they believed "that North Korea would attack the moment that US support of South Korea faltered" (Yuh 27). 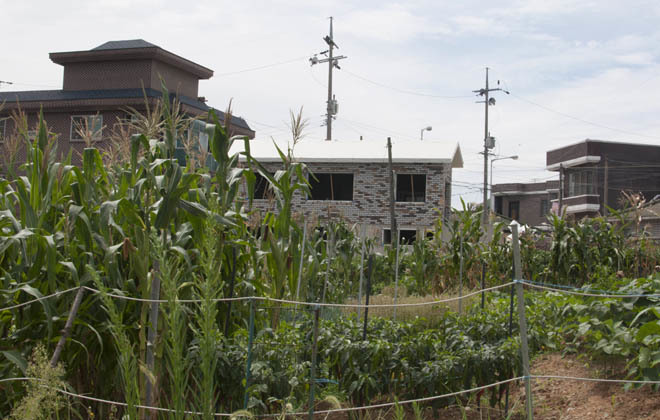