In Colombo, Sri Lanka, Ariyaseeli Gunaweera is a supervising public health midwife known as Ari to all. The care that she gives to families is described as deeply personal, and it is free. She is an integral part to Sri Lanka’s Family Health Program where midwives pay four postpartum visits; two in the first 10 days, and another two within the first two months. Visits from midwives like Ari involve a thorough check-up of the mother and child. The families are also encouraged to bring the child to a nearby clinic as they grow older. The midwives job is to watch each child closely until they are around five years old, checking on growth and development and making sure that they are up to date on vaccine shots (Daniel 2016). 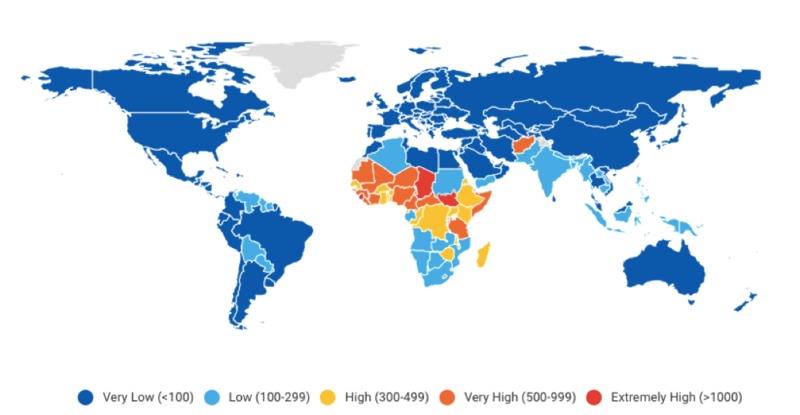 In developing countries, more than 40 percent of pregnancies lead to complications, illness, or permanent disability in the mother or child. (Brown and Closser 2019).  Maternal mortality is defined as the death of a woman while pregnant or within about two months after the end of pregnancy. This is an extreme global health issue that has attracted attention due to the possibility of a large decrease in these occurrences, since the majority of such deaths are preventable with sufficient healthcare practices and education programs. The program implemented in Sri Lanka has been a major success in reducing their maternal mortality rates from 405 in 1955, to 32 in 2013. This reduction is attributed to widespread access to maternal health care, which is built on a strong health system prioritized by the government of Sri Lanka that provides free services to the entire population, as well as the professionalization of midwives like Ari, and the systematic use of health information to identify problems. One asset that highly improved this plan was that there has been a system in place in Sri Lanka that started precisely recording maternal deaths around the year 1900. With relatively good data, maternal mortality estimates did not have to be based on imperfect sources or methods that were not accurate (Brown and Closser 2019). 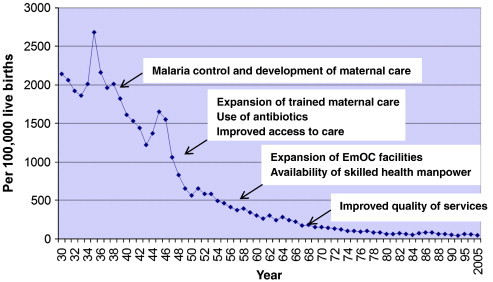 From 1930 to 1950, Sri Lanka lowered their maternal mortality ratio significantly. This success was widely attributed to combating malaria and the introduction of modern medical practices, such as antibiotics. During the following 13 years, maternal mortality was halved again when the government implemented the widespread rural health network. To understand what determinants of health changed due to this program, it is important to understand the health effects that cause death during or after giving birth. Most women are already in danger of dying during pregnancy and childbirth if their overall health is poor. Through this general healthcare program and the professionalization of midwives, common diseases that ended in maternal death were declined. As you can see in Figure 2, indirect causes such as malnutrition, malaria, immune system deficiency, tuberculosis, and heart disease make up the largest majority of the cause of maternal mortality around the world (Brown and Closser 2019). 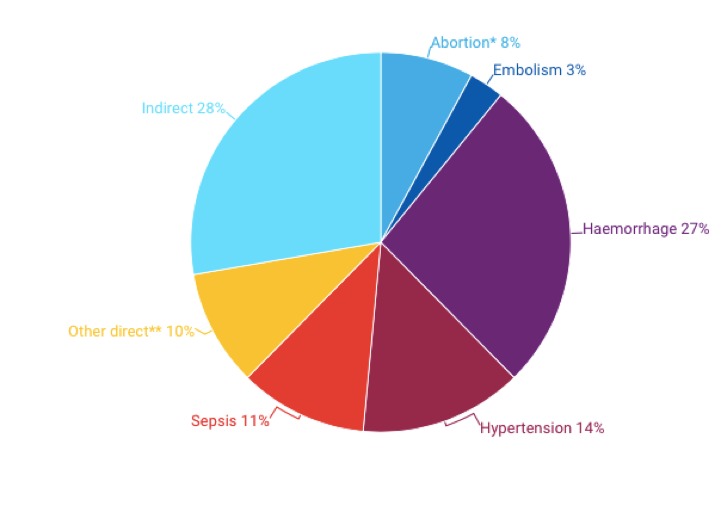 With this system, these aspects were improved which improved pregnant mother’s overall health, making them stronger for childbirth. As for the other factors, this is where midwives play a huge role in ensuring mothers safety while giving birth. This case study claims that improvements in maternal health go beyond the health system. Maternal health greatly benefited from public investment in basic health services, improving basic living standards and in high levels of female education. If females are educated on what is happening to their bodies, they might have a better awareness and ask for help. In a study that examined how female education may have had an impact on maternal mortality rates, they found that lower levels of maternal education were associated with higher maternal mortality even among women who were able to access facilities providing intrapartum care (Karlsen et al. 2011). This is a very important piece to the puzzle in Sri Lanka where education is taken very seriously. After access to public education was rapidly expanded in the first half of the 1900s, schooling of girls has been much more common, leading to 89 percent of adult women being literate. The positive changes being made due to this system are improving the lives of many individuals, because as Ariyaseeli Gunaweera said, “Every time a pregnant mother dies, two people die” (Daniel 2016).